Something happened this week that left me feeling extremely vulnerable. Instead of acknowledging my reaction, I ignored it and hoped it would disappear all by itself.

This morning, I set off on a fairly long journey. I switch on the radio to distract myself from how I’m feeling. Just as I turn up the volume, I miss my exit. I want to cry. But that won’t do. I’m wearing mascara.

I know that my upset isn’t really about getting lost on the motorway. It’s about the vulnerability that I’m trying to suppress. Issues around love, rejection and self-worth are simmering beneath the surface.

I want to be strong and independent. But now that I’m well and truly lost in a foreign part of the country, I realise that a lot of that is fake. I’m putting up walls in an attempt to protect myself. Act like you don’t care, Sharon. Then you can’t be hurt.

Where’s the logic in that? Is anybody benefitting from this performance? I think not. And I know it’s not real. So of course I can still feel pain. I’m just hiding it from others. And while I’m feigning nonchalance, I’m disconnecting from the full potential of the present experience.

I don’t know where I am or where I’m going. I allow the tears to roll down my cheeks. I give myself permission to feel the fear, to embrace it, to listen to its voice, and to open up to what is.

As I drive into unfamiliar territory, I spot a lone tree in a large green field. I feel an irrational kind of sadness for this solitary tree.

But who’s to say the tree is on its own? Is the tree separate from its roots and leaves and branches? Is the grass beneath it a part of it too? And the air that caresses its limbs? Where does the tree begin and does it ever end?

“The wave is one with the ocean, indivisible and inseparable from the whole ocean. All that the ocean is, the wave is; and all the power, all the energy, all the strength, the life and all the substance of the ocean are expressed in every wave. The wave has access to all that lies beneath it, for the wave really is the ocean, just as the ocean is the wave, inseparable, indivisible, one. Note here this very important point: There is no place where one wave comes to an end and the next wave begins, so the oneness of the wave with the ocean includes the oneness of every wave with every other wave.”

If there is no separation, there can be no rejection. It is only my thinking about abandonment that causes suffering. In my resistance to what is, I’m floundering.

I let go. It doesn’t matter what happens. And what has already occurred is perfect too. I surrender.

A sense of calm settles around me like a blanket of sunbeams. I feel cleansed. I really am okay. I’m whole and open and connected.

I take a chance on an unknown direction and it brings me to where I’m meant to be. 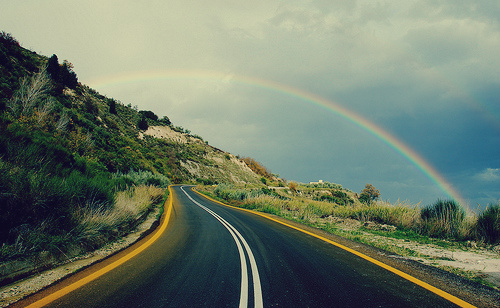