Last night, as I flicked through an old copy book in search of an empty page, I stumbled upon a Fairy Story that I’d been asked to write as part of an Inner Child workshop I’d taken part in a while back. Here it is…

Once upon a time, there was a beautiful, perfect little princess called Sharabella. There was something about this girl that shone brilliantly from within. You could see it in the sparkle of her eyes and her fun-loving laugh.

People loved to be around Sharabella. She didn’t even have to do anything. People just felt better after having been in her presence.

This was Princess Sharabella’s magic gift. She simply had to be herself and others were healed. All was well in this magical kingdom.

However, there came a time when Princess Sharabella was needed in a very different kingdom. A kingdom that was full of pain, sadness and suffering. The Powers That Be decided that Princess Sharabella could help transform this kingdom’s pain into love and beauty.

Sharabella landed on this kingdom filled with peace and optimism. What Princess Sharabella hadn’t counted on was how much skepticism and resistance she’d face.

Slowly over time, poor Sharabella began to doubt her magic powers. She started to wonder if she really was as perfect and beautiful as she’d once believed.

It was such a struggle trying to change these people’s way of looking at things so Sharabella began to shut up and shut down.

Her beautiful light dimmed more and more over the years until one day, when The Powers That Be paid this dark, gloomy kingdom a visit, they no longer recognised beautiful Princess Sharabella.

Sharabella was tired, grey and depressed. When The Powers That Be finally realised who she was, they asked her what had happened.

At first, Princess Sharabella didn’t know what they were talking about. “This is who I am now,” she stated gruffly. “I’m ugly and useless and this kingdom would be better off without me.”

“But once upon a time, you were Princess Sharabella – the most beautiful, luminous, perfect creature, with the gift of healing others with your mere presence,” The Powers That Be exclaimed.

Nobody realised that an outsider had overheard their conversation. A crippled old lady had witnessed the whole exchange. She was moved to tears by Sharabella’s despondence. If a Princess despised herself so much, what hope did the rest of them have?

The old lady couldn’t help but speak out. “Excuse me,” she interrupted as she leaned on her walking cane. “I’m confused. I have to ask: What is a Princess doing in this horrible kingdom? This place is filled with hate and destruction. Us citizens know no different. We’re used to this life. But you? I urge you to get out. Save yourself, while you still can!”

The lady trembled with urgency while The Powers That Be stood there, uncertain as to how to proceed.

Slowly, Sharabella looked up, her eyes brimming with tears. She started to sob – loud, uncontrollable gulps of emotion.

As she cried, her cloudy, grey eyes turned to bright blue. Her ashen complexion became rosy pink. A brilliant light flickered, then started to beam out with such magnificence that everybody dropped to their knees in awe.

In this moment, Sharabella realised that she was not the ugly, depressed woman she had grown to believe she was. She remembered that she was the beautiful, perfect Princess that was her birthright. It had simply become unclear and difficult to express in a kingdom that had never accepted such perfection.

If she could heal people in her old kingdom, she knew she could do it here too. But not if she continued believing that she was ugly and worthless.

Suddenly the old lady, inspired by what she had just witnessed, ran away, excited to tell her friends and family what had just happened.

“She forgot her walking cane,” Sharabella said. And Princess Sharabella and The Powers That Be laughed and laughed. 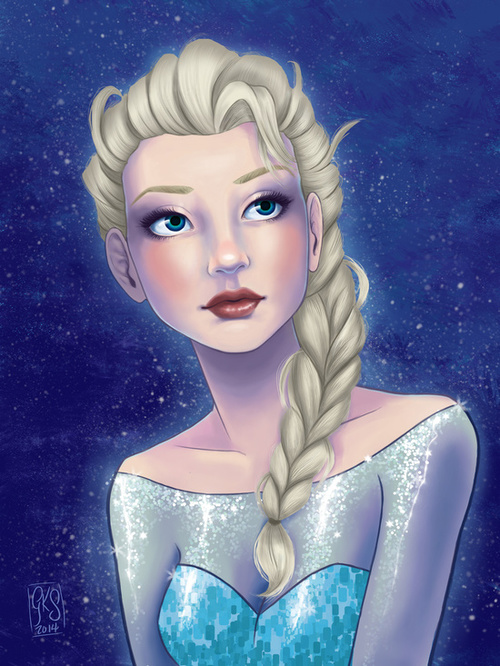