The Dark Side of the Moon

Today, I had a very interesting conversation about good and evil. One woman stated: “Of course evil exists if good exists. Everything has its polarity.”

I’ve been told before that I only see the good in people and that I need to live in the “real” world. Despite this, I said: “I realise that without darkness, there can be no light. But ultimately, and beyond all that, I feel that love and light prevail. And everything is part of that Divine Oneness.” Somebody else piped up: “Yes, duality only comes into play when the human mind perceives it.”

Deep, I know! I went home in a bit of a daze. I knew I had to sit with this and feel what was right for me. I went to bed with a copy of the Tao Te Ching and randomly opened a page. I was amazed to read the following words:

“Recognise beauty and ugliness is born. Recognise good and evil is born. Is and isn’t produce each other. Hard depends on easy, Long is tested by short, High is determined by low, Sound is harmonised by voice, After is followed by before.”

It is only in defining something that its opposite arises. I felt very tired. I switched off the light, pulled back the curtains and gazed up at the night. “What is the truth,” I asked the crescent-shaped moon. The clouds moved across the sky, part shadow, part light. Suddenly, a large black cloud completely covered the moon. It was as though the darkness had banished the light.

The truth, according to my human eye, was that the shadow had overridden the light. Yet I knew that the moon had not gone anywhere. It still was. I also knew that, although it only appeared to be a sliver of its full self, the moon never actually diminished in size. It was always there in its entirety. And I knew that it was the brightest object in the sky, after the sun, even though its surface was actually very dark, with a similar reflectance to coal.

The dark cloud moved on and the light shone down. The moon said nothing. It simply was. And I no longer needed to be answered. 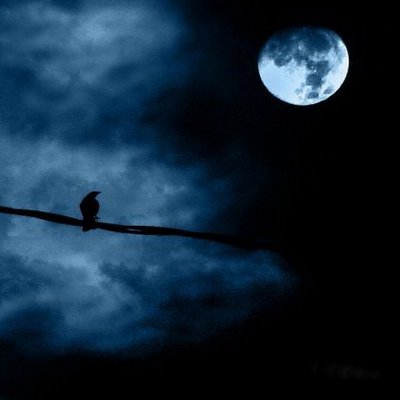 3 responses to “The Dark Side of the Moon”