Only for the Lockdown 6

List number six of things that may not have happened if it hadn’t been for the Lockdown: 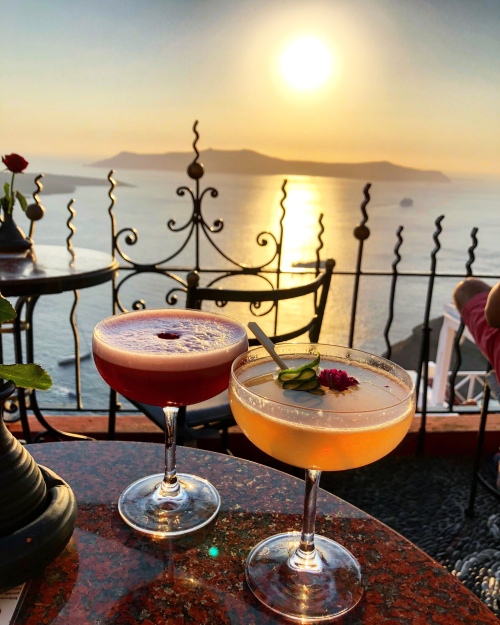 Stuff we do be sayin in Ireland

Us Irish definitely have the gift of the gab. Here’s what we do be sayin…

I met a friend for a night out over the Christmas. She looked me up and down before stating: “Look at you all trendy! With your black shoes.”

The other night in the pub, a cute (but drunk) guy bounded over to me. “Do you have a boyfriend?” he bellowed. Why waste time on small talk?

An old friend is always hilariously mixing up phrases. Recently, she told me that she thinks her neighbour cheats on his wife. She added, “He has a rotating eye.”

Another girl I know has a similar problem. With expressions, not randy neighbours. She was giving out about something and complained: “Now, that’s below the biscuit!”

One of the girls lamented that she still doesn’t feel like a grown-up because she hasn’t settled down or bought a house or had a child. I piped up, “I’m the exact same!” She retorted, “At least you’re divorced!”

And here are a few oft-heard sentences…

Pass the butter. Will ya have tea? Any goss? Are ye right there folks, please! The country’s fucked! Ah sure, it’ll be grand. Not a bother!

By the way, “how’re ya?” is a greeting, not a question. We don’t really want to know.

And surely we’re the country with the most synonyms for the word “drunk”. We get hammered, polluted, plastered, pissed, langered, ossified, baloobas, twisted, fluthered, paralytic, unconscious, slaughtered. Should we be worried? Ah sure, feck it! Will we have another? And one for the road…

New Year’s is supposed to be a time of celebration, new beginnings, and good intentions. It’s when we all sit down and ponder the past 365 days; the highs, the lows, and what we’ve achieved (or not). Many of us write a list of new year’s resolutions, certain that this year will be our year. We will do that triathlon, lose two and a half stone, learn Chinese, persevere with those didgeridoo lessons, cook more, eat healthily, start belly dancing classes, study more, stop skipping classes, yadda yadda yadda.

If, however, you don’t have that special someone to smooch when the clock strikes midnight, you know in your heart and soul that you’ll never stop visiting Abrakebabra once you’ve had more than five pints, you’ve spent the last couple of weeks indulging in rich food, alcohol and cigarettes, and you’re peeling yourself out of bed at 2pm on the first day of the new year, with booze leaking from every pore, you may argue that there’s little to feel enthusiastic about.

First of all, let’s deal with New Year’s Eve. This glittering, expensive event masquerades itself as “The Night of Most Promise”. To avoid disappointment, it should be renamed “The Biggest Let Down of the Year”. If you accept this, anything remotely fun that happens will be a welcome shock. People plan for this event ages in advance, they squeeze themselves into their best attire, and pay a fortune to ring in the new year surrounded by other desperate revellers.

Here are some tips on how to survive this bittersweet evening…

Go somewhere you’ve never been. I don’t know about you but spending New Year’s in the same club you’ve been throwing money at since you were 17 is hardly going to make you feel positive about how far you’ve come in life. Ring in the new year in a coastal country pub, singing along to “Raglan Road” and cheersing the intoxicated locals. Or venture further afield. Visit a cool European city. Go for a week’s skiing in Austria. There’s nothing like falling on your ass in the snow, then boozing it up in your thermals for the après–ski with your fit instructors to give you a good laugh as the new year makes it entrance. Alternatively, spend it in a developing country where Christmas and New Year’s aren’t heavily marketed and this time is more about family, hard work and survival. Or go to a Muslim land where New Year’s doesn’t even fall on the same day. You needn’t worry about suffering an anti-climax there.

2. Don’t beat yourself up

Yes, you promised yourself that you’d welcome the new year in a sober and non-hungover state. But if there’s ever a night to let the hair down, it’s this one. It’d be rude not to cheers the new year with that double vodka and Red Bull and then toast it again with a Flaming Lamborghini  just to be sure. Tell yourself that the new year only commences when you’re back in work so you’re allowed to spend the first of January dragging yourself from the bed to the newsagent’s deli to the couch.

Okay, this sounds terribly depressing but if this dreaded night has been a major let down for at least three years in a row, then cut your losses and sit in. At least you’re saving money and you won’t smell like the inside of a beer barrel for the premiere of the new year. I spent two New Year’s Eves on my own. Yes, when the clock chimed midnight, I did feel like I was missing out, and I did feel more alone than ever, but that lasted all of a minute and then I was back to the salt and vinegar Pringles and whatever movie had taken my fancy.

If you have no major plans, you could welcome the new year with some extra cash in the bank. Many employers offer extra pay and brownie points for knuckling down on this much-celebrated evening. Plus, your co-workers will thank you for allowing them to spend it with their loved ones. They can suck it up and work for you when you actually get a life.

Have or attend a house party. It’ll be less expensive and you won’t have to battle crowds to get to the bar/loo/dance floor. Just make sure the other guests are a bit of craic. You don’t want to spend the night with a bunch of negative whingers. Check out this clip for what not to do.

I spent one New Year’s Eve at a concert in The Point. I had clearly drank too much as I spent the latter part of the evening with my head over a toilet bowl. Being confronted by a reflection of yourself in the shimmering loo water with mascara running down your face, as you hear your friends gleefully count down to midnight, is enough to make you swear off liquor for life.

And once you’ve gotten over the night of drunken fights and tears, emotional embraces and tonsil tennis, you can get around to making that shining list of New Year’s Resolutions. Writing down one’s intentions is a lovely way to feel positive about your life in the new year. Some believe that we can create our own reality by the power of positive thinking so why not put it out to the Universe?! If you don’t ask, you don’t get. Think of it as a Santa list you send up the chimney. For adults. Here’s how to go about it:

If you’re the type who constantly bitches and moans at oneself for not doing stuff, then simply don’t make a list. It’ll be just another reason to beat yourself up for not jogging three miles a day or learning how to bone a duck.

Don’t promise to save more than you can afford. Because either you’ll get evicted from your rented accommodation or you’ll feel bad for not fulfilling your resolution. I’m the very one who’ll decide to exercise, study, write, cook, read, and meditate every single day of the week, and then realise there aren’t enough hours in the day to do all this, unless I skip work, stay up all night, and avoid friends and family, so I end up doing none of the above and feeling rotten about myself.

Don’t make it a list of hard rules, “don’ts” and “shoulds”. This list can be inspiring and fun. If it’s all about denying and pushing yourself, you’ll be exhausted before you even tackle resolution number one. Add nice resolutions like “I will have fun and enjoy myself this year” or “I will not take life so seriously”. Decide to try something new and exciting like a class in carpentry or dance, or plan a trip to some far-flung, exotic destination.

4. Give yourself a get-out clause

If you’re finding something too tough or time-consuming, allow yourself to be the editor of your own list. You have the authority to chop and change it. Feel free to add new things throughout the year. The first of January isn’t the absolute only day you can begin a new regime. You might be too tired after all the Christmas celebrations to come up with a great list. Once the days start expanding and the sunshine favours our little island again, our energy increases, and this might be a more ideal time to create that list of good intentions.

Don’t just write the list, enjoy a week-long burst of good work, and then lose the piece of paper and your will to continue. Re-read the list every so often and monitor your progress. Don’t be afraid to pat yourself on the back for what you’ve achieved so far. Revise it and don’t get angry with yourself for not being the star pupil of new year’s resolutions. Be aware that it’s pretty impossible to follow up on every single pointer on the list. You probably had a fair idea you wouldn’t be able to master the imperfect tense in modern Arabic, let alone read the Qur’an in its original form.

My advice is to just have fun. Many of us take everything way too seriously. Life is about enjoying yourself as much as possible and being the best you can be. So, enjoy your New Year’s Eve, even if you do snog the village idiot just so you can have someone at midnight. And be thankful that a new year is commencing and the road ahead is full of possibility. This year can be the best one yet. You’re the one who can make it happen. So do.